The Buckeye Online School for Success proudly presents Eli Lev for a LIVE school concert!  Be sure to tune in to hear Eli Lev and check out his latest album, “Deep South” on Spotify and iTunes.

Rising singer-songwriter and global citizen Eli Lev is making the world a smaller place, one song at a time. Eli pens lyrics and melodies for everyday enlightenment—songs that resonate because they’re heartfelt, earthy, and offer the wisdom he’s gained through lifelong travel and self-discovery. 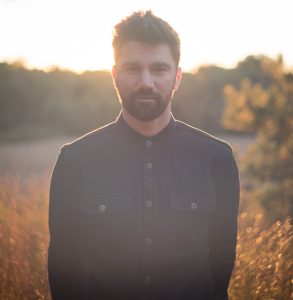 The Silver-Spring, Maryland-based artist just released Deep South, the third album in a four-part directional series that was inspired by indigenous traditions he learned while teaching on the Navajo Nation in Northern Arizona. Just as each cardinal direction holds unique characteristics in the Navajo tradition, so do each of the albums in Eli’s ‘Four Directions Project.’ Together, the series imaginatively and intrepidly connects spheres and generations within a body of work that is irresistibly uplifting, emotionally resonant, and down-to-earth authentic.

Eli explains, “We are surrounded by four directions, and each has distinctive attributes, powers, and teachings according to Navajo traditions. For example, because the sun rises in the east, it is the first direction and source of new ideas and inspiration. With that in mind, I started my EP series in 2017 with All Roads East, echoing the sounds of my youth and upbringing (altcountry/Americana). A year later I released Way Out West, where I experimented with the frontiers of folk tropes and melodies (indie folk). For my latest album Deep South, I’ve gone back to my southern roots with a truly modern and powerful sound (folk rock and pop). I’ll round out the project in 2020 by releasing a more introspective True North (acoustic singer songwriter).”

Join the BOSS team and submit your application today!